The Flight of Your Life

“It has always been my dream to fly.”

I’m often prompted with this upon someone’s discovery that I’m a pilot. After I respond with, “It’s pretty fantastic” or something of the like, I encourage them something else.

There’s only one way to become a pilot, and that is to start flying. But it costs too much! I don’t think I’m smart enough! Please bore someone else with your…excuses. You have not lived until you’ve experienced a crisp early morning with a graceful departure, or cruising into a metro area shining brightly at night— until you’ve seen the face of a friend who trusts you enough to burn holes through the sky for naught, don’t give me excuses. 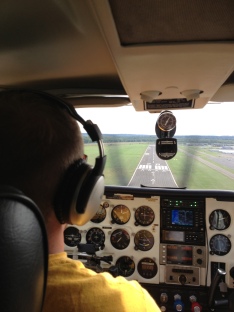 Here are some ways to get started:

And after your brain hurts from aerodynamic concepts and common procedures, roll on over to airliners.net and drool to beautiful metal.

I’ll leave you with this: aviation is a very small community, one that supports everyone involved. Someone will find a way for you to defy gravity, but only if you want it more than anything. Once you join the rank of supreme beings— pilots —you can continue the tradition of paying it forward.

For the FAA publications in free PDF format, follow this link to download copies of the PHAK, AFH, and more!

This site uses Akismet to reduce spam. Learn how your comment data is processed.